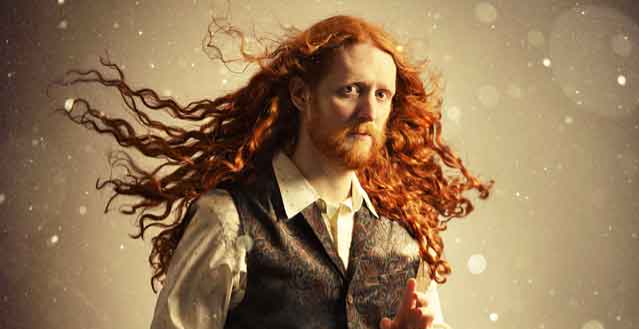 Join us for an all-star comedy night in aid of tremendous charity Nerve Tumours UK, who support people affected by the genetic condition neurofibromatosis. Basically, they all share similar characteristics of tumours growing on the nervous system but the severity and parts of the body affected are the differences. The tumours are often inoperable and can cause deafness, blindness and disfigurement amongst other things. There are over 26,500 people with neurofibromatosis in the UK, making it more common than muscular dystrophy, cystic fibrosis and Huntinton’s disease combined, yet it’s probably less well known than any of these conditions. And for this show they’ve got the assistance of these guys…

Alasdair is a legendary comedian, in that there is little historical evidence that he exists. But he does exist. Leicester Mercury Comedian of the Year 2017, Alasdair has featured on BBC radio as a comedian and sketch writer, and performed stand-up across the UK, at Glastonbury, Citadel Fest, the Udderbelly Southbank and at the Edinburgh Fringe. He knows quite a lot about 19th century magicians. Tourists often ask to have their photo taken with him, presumably impressed by this. Since the world went to pot with the plague he has become a viral phenomenon with his incredible self-produced sketch videos, each of them worthy of a TV commission on its own. He’s a comic who’s star is on the rise, probably due to his talent, but also thanks to esoteric pagan forces which he has harnessed.

“A singular and truly distinct act, Alasdair Beckett-King creates his own multi-faceted world.” The Scotsman

“A bold and fresh comedy voice.” The Stage

Ben Van der Velde is a stand-up comedian, actor, improviser and presenter, who, over the past few years, has spread joy and nonsense to all four corners of the British Isles, as well as Greece, Denmark, Sweden, Switzerland, Estonia, Latvia, Finland and Norway.

He is a regular host and act for respected British comedy clubs such as The Stand, Komedia, The Backyard, The Glee, Covent Garden Comedy Club and  Top Secret Comedy, as well as hosting stages for Bestival, Festival No.6, End of the Road and Sunday Papers Live. He also has taken commissions to perform a voodoo re-marriage ceremony, founded the Church of the Holy Kazoo with comedy legend Mark Thomas, walked the entire London Underground network to raise money for The Refugee Council and even took part in experiments at The Royal Society that revealed him to have the most infectious laugh of any human, rat or monkey.

“The perfect comedy club host – he is a master of audience interaction. The audience weren’t just warmed up, but pretty hysterical even before the first act of the night hit the stage.” Huffington Post