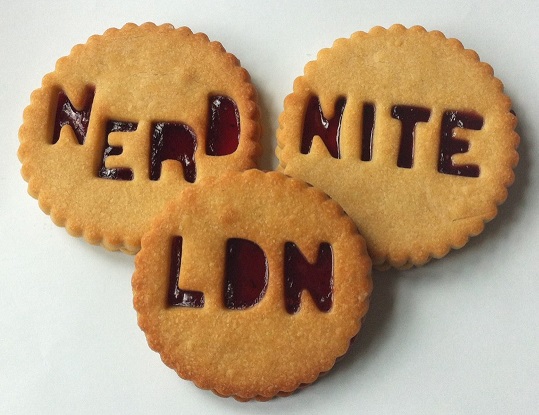 NERD NITE LONDON IS A MONTHLY EVENT WHERE THREE SPEAKERS GIVE 18-21 MINUTE FUN-YET-INFORMATIVE TALKS ACROSS ALL DISCIPLINES, WHILE THE AUDIENCE DRINKS ALONG. EVIDENCE BASED ENTERTAINMENT, IN A BAR…

MORE INFORMATION ABOUT NERD NITE LONDON CAN BE FOUND BY FOLLOWING US ON:

THIS MONTH WE HAVE:

Title and blurb TBD – Talk will be given virtually

Well I’ll be dammed, beavers are back!

Jenny Chapman has a lifelong love of the natural world and became a bit obsessed with beavers a few years ago. Despite a deluge of puns and innuendo she remains a firm beaver believer. Jenny has a degree in Biology, a Masters in Evolutionary Genetics and splits her free time between hula hooping and environmental activism.

Britain is littered with buildings full of nerds, and sometimes it seems like every one is worse than the one before. In this talk Steve Cross, comedian and in no way an architect or engineer, will introduce some of his favourites, and speculate wildly on what led them to be like this.

Steve is an award-winning performer, comedian and podcaster. He’s also a semi-professional Dungeons and Dragons player, event host, trainer and consultant. Steve will do anything for enough money. Steve can be found on Twitter @steve_x, Instagram @stevecrossphotos and FaceBook.com/SteveCrossComedy. Every month Steve runs Science Showoff, where nerds tell jokes to people like you.