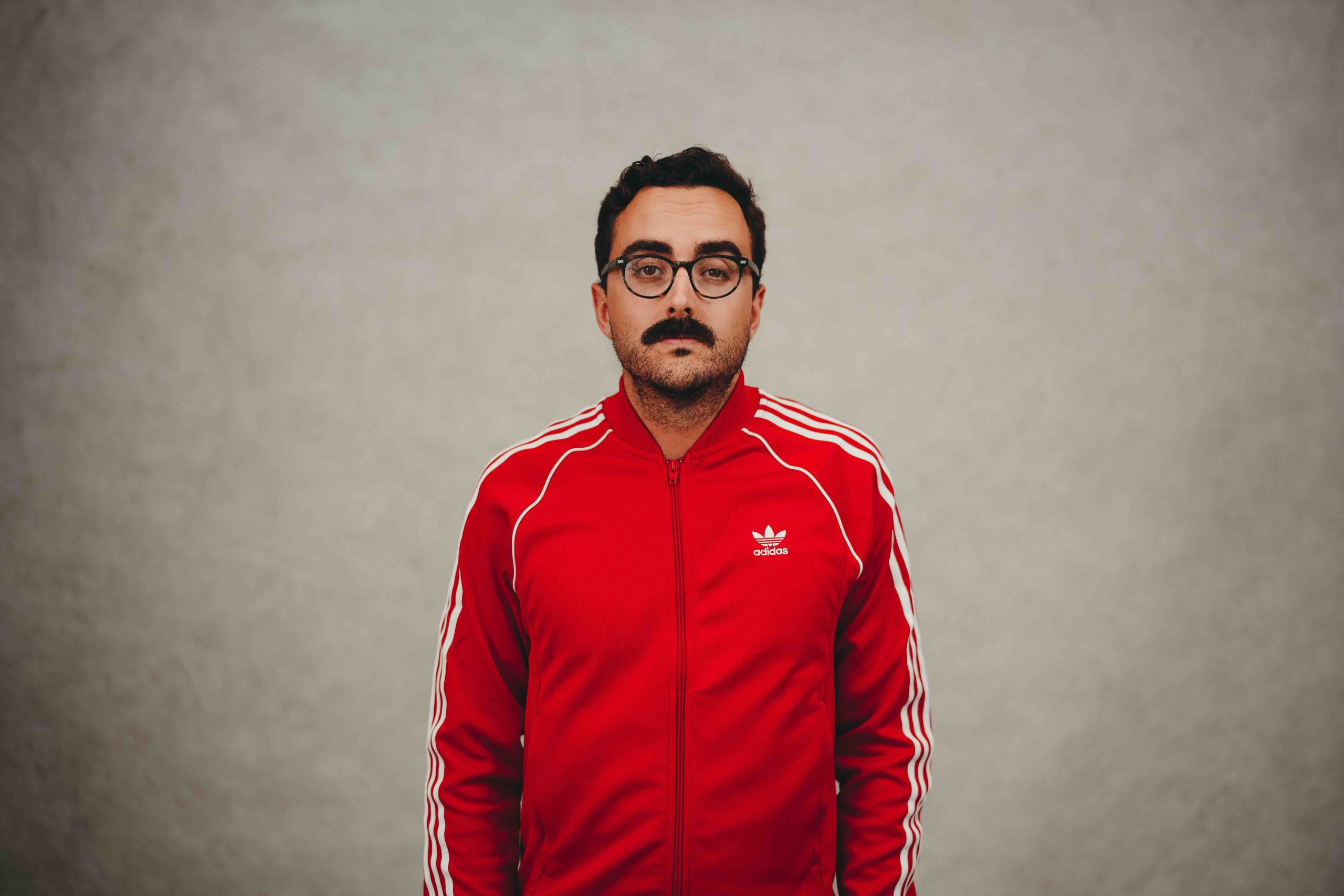 Daniel Muggleton is an Australian stand-up comedian wearing a tracksuit. His debut special ‘Let’s Never Hang Out’ aired multiple times on ABC Comedy in Australia, and is now streaming on Prime Video. His stand-up albums ‘Unprecedented’ & ‘Let Me Finish’ is streaming on Apple Music, Spotify & SiriusXM distributed by Grammy Award-Winning production company Comedy Dynamics.His solo shows are sell-out hits at comedy festivals around the world, and have received critical acclaim with multiple 5 & 4 star reviews. His 2019 show ‘Pimpin’ Ain’t Easy (But I Reckon it’s easier for Straight, White Men?)’ being selected as one of the top ‘Four Great Free Fringe Shows’ by The Scotsman. In his hometown of Sydney, The Sydney Comedy Festival selected him to perform at the 2021 ‘End of Fest’ Gala at the Enmore Theatre, The Breakout Showcase in 2017 & was twice selected as a FRESH Artist in 2014 & 2015. He’s also been handpicked to support Jim Jefferies, Steve Hofstetter & Neel Kolhatkar. Daniel also has a quickly growing social media presence, with clips of his stand-up gaining millions of views on Facebook, Instagram & TikTok.Off-stage he’s made appearances on The Feed (SBS), The Checkout (ABC) and been heard on Triple M’s ‘Molloy’ and ABC Radio. Daniel is the co-host of ‘Ask Us Everything’ with US comedian Steve Hofstetter which is a weekly live-podcast on Zoom, and the resident host at Sydney’s #1 Comedy Club, The Running Joke. He’s also a regular at Nowhere Comedy Club, the world’s first digital comedy club, where he’s opened for Bill Burr, Mike Birbiglia, Sam Morril & Todd Barry. ‘A foul-mouthed prophet’ ★★★★★ – The Advertiser‘The calling card of a comedian with something special is the ability to find truth amongst the laughs’ ★★★★★ – WeekendNotes‘Not a 6pm comedian’ ★★★★ – The Age‘A genuinely exciting talent.’ ★★★★ – Chortle‘Wickedly enjoyable’ – British Comedy Guide