The Hollowayettes: The Suffragettes At Holloway Prison & East London 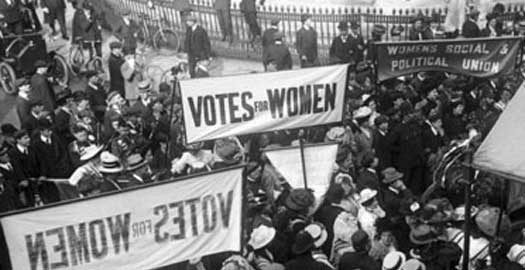 Haunt London and the East End Women’s Museum are excited and proud to be putting on two talks on London Suffragettes from Caitlin Davies and Sarah Jackson.

The Hollowayettes: the Suffragettes at Holloway Prison

On 21 June 1906 a twenty-nine-year-old woman from Lancashire became the first suffragette to be sent to Holloway Prison, the most infamous jail for women in Europe.

Over the following eight years, Holloway became a graduating university for militants, and the suffragettes’ experience would forever change the way the British public viewed the incarceration of women.

But while the popular image remains one of forcible feeding, Bad Girls tells of their resistance to prison discipline, culminating in a bomb attack of 1913.

Join Caitlin Davies for an illustrated talk on the history of the suffragettes at Holloway, a tale of both victimization and bravery.

Caitlin Davies is a novelist, non-fiction author and award-winning journalist. Bad Girls: A History of Rebels and Renegades is published by John Murray on International Women’s Day, March 8th 2018

In October 1912 Sylvia Pankhurst climbed onto a wooden platform outside an old baker’s shop on Bow Road, and painted the words ‘VOTES FOR WOMEN’ in golden letters above the door. The East London Federation of the Suffragettes sparked a rebellion in the suffragette ranks, and built a mass movement for equality in east London. Get to know these forgotten East End rebels, for whom votes for women were just the beginning.