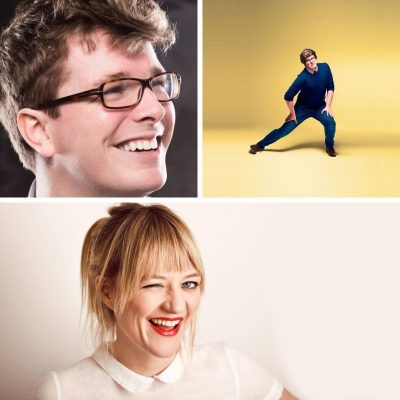 For the incredible price of just £3 and a collection bucket on the door you can see Tania Edwards, Kieran Boyd and Glenn Moore perform their brand new shows before taking them to the Fringe.

Amused Moose Best Fringe Show 2018 winner. Award-winning stand-up comedian Tania Edwards explores these emotionally incontinent times and explains why it’s imperative to repress our emotions. But just how easy is it to be bashful and brazen, coy and courageous (and make sure everyone notices)?

‘Glenn Moore’ (List) follows up last year’s Edinburgh Comedy Award nomination with a new hour of ‘brilliantly original’ (Chortle.co.uk), ‘blissfully silly’ (Guardian) jokes. He used to have a very different job to this, and now he’s finally brave enough to spill the beans about it. **** (Guardian, Chortle.co.uk, Evening Standard, List). As seen on Mock The Week, Stand Up Central, The Stand Up Sketch Show and as heard on Absolute Radio.