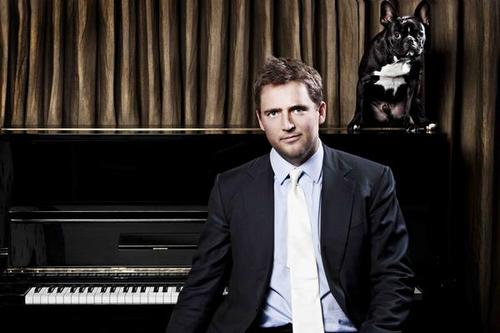 Owen Benjamin is a comedian and actor, best known for his hilarious blend of stand-up and musical comedy. He has appeared in the movies The House Bunny (2008), All’s Faire In Love (2009), Jack and Jill (2011), and Staten Island Summer (2016) with the cast of SNL.

Owen is no stranger to television, having recently held one of the lead roles on TBS’s Sullivan & Son. He’s performed his unique stand-up sets on Late Night with Jimmy Fallon, The Tonight Show with Jay Leno, Chelsea Lately, Inside Amy Schumer, and Comedy Central Presents: Owen Benjamin. His first hour-long special High Five Till It Hurts premiered on Comedy Central in 2014. Owen can be also heard on an upcoming episode of the long-running Fox comedy Family Guy

You can listen to Owen analyse why his jokes either work or fail on his podcast “Why Didn’t They Laugh” which is ranked in iTunes top 100 and has had guests including: Bill Nye, Howie Mandel, Kunal Nayyer.