Kojo – The Fresh Prince of Hackney 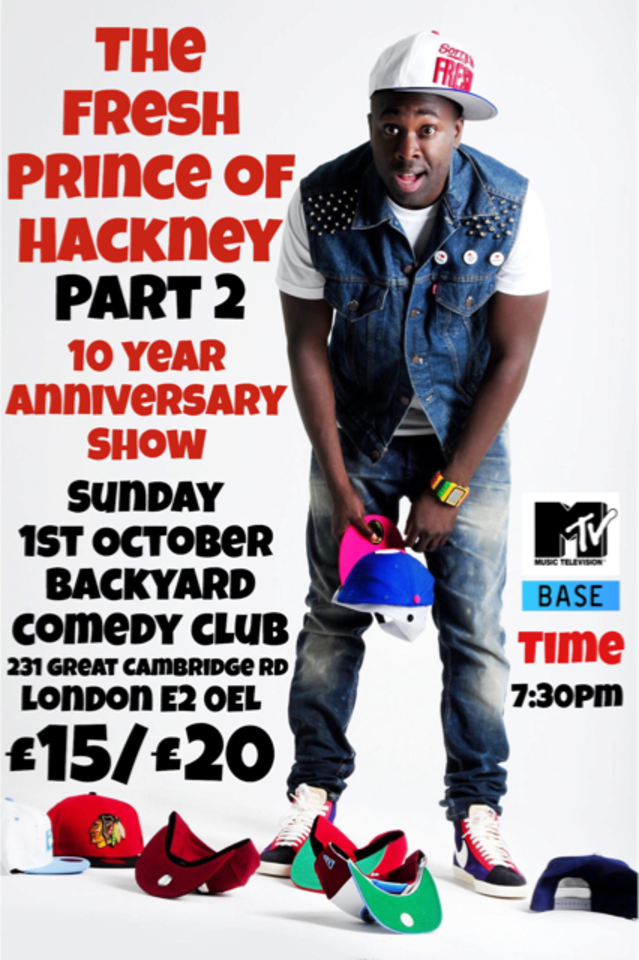 The Fresh Prince Of Hackney comedian Kojo Anim celebrates the 10th year anniversary of his MTV Base One Man show. Having been on Wild N Out with Nick Cannon, touring with the likes of Kevin Hart, Dave Chappelle and Chris Rock, Hosting the breakfast show on Choice Fm/Capital Xtra, writing and producing his first comedy movie now on netflix called The Weekend, Kojo has come a long way and he’s ready to share 1hr of brand new material.

If you’re ready to laugh and have a good night get your tickets asap! This is going to be a road block.