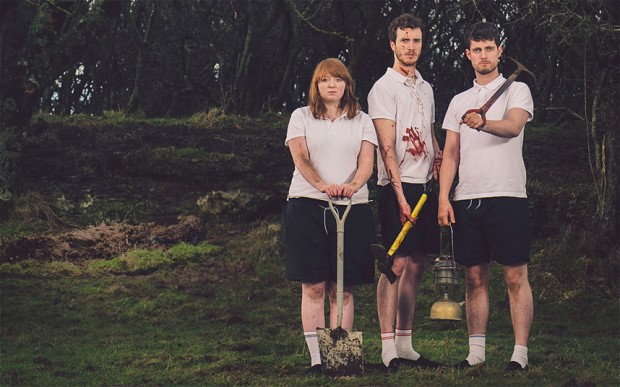 PAJAMA MEN
Multi-award-winning, change-the-game-ing, divine-comic-energy-channelling masters of sketch. ‘Pajama Men create a cartoon of the mind, a shape-shifting world in which anything seems not just possible, but imminent’ ***** (Guardian). ‘Dazzling’ ***** (Times).

SEAN McLOUGHLIN
Disgruntled weaver of iconic stand-up. ‘This guy is an exciting talent … he is one of the best’ (Scotsman). ‘Raw and different’ ***** (ThreeWeeks). ‘The stand-out stand-up’ (Evening Standard). ‘An interesting and skilful stand-up, with some routines of brilliance’ (Chortle.co.uk).

GOOSE
Sweaty one-man cartoons. ‘A fabulous, breakneck performer who morphs feverishly between characters and ideas’. The Independent. **** ‘Sparkles with wit…you just have to submit to this force of nature, until it deposits you, dizzy but exhilirated’ (Chortle), **** ‘A work of theatrical mastery and comic innovation…deconstructive, satirical and stunningly structured’ (Fest).