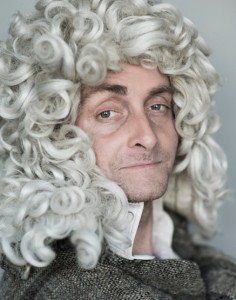 True spirit of the Fringe and many comedy festival – multi award-winning, Perrier nominated expeditionary comedian, author and explorer Tim FitzHigham is back in a brand new show.

Tim rowed the channel in a bathtub, run rivers in paper boats and tackled weird wagers. Star of CBBC’s Super Human Challenge and BBC Radio 4’s The Gambler, now see him live (and amazingly still alive) lift the lid on the most secret society ever. 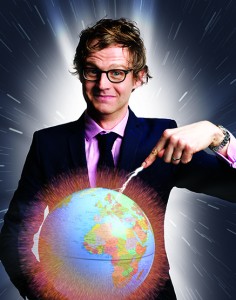 Are you fed up with corrupt politicians, bloody wars and those long queues at Primark? Mark Dolan gets it sorted in his hilarious new show for 2014, unveiling his revolutionary manifesto for a better world, which includes a windfall tax on fake tan, the abolition of supermarket self-service checkouts and a custodial sentence for anyone watching kitten videos on YouTube.

Celebrity culture, politics, social media and trips to Poundland are all targets for his satirical eye. He’s already being dubbed the white Obama. Find out why in this year’s must-see Edinburgh show.