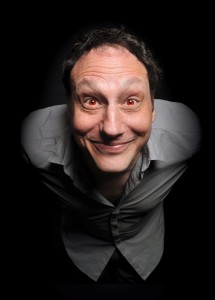 The ‘obscenely funny’ (Informed Edinburgh), ‘unbelievably funny’ (Scotsman), ‘hilariously demented’ (Edinburgh Evening News), ‘excellent’ (Guardian) Carey Marx tears himself to pieces and finds he is made of lots of torn pieces. Putting them back together, he makes an abominable mess. This is Carey’s abominable look at the abominability of abominableness.

★★★★ ‘Sharp, sweet, cheeky, cynical, romantic and rude as he ever was’ (Chortle)

Lloyd Griffith: Voice of an angel, body of a trucker 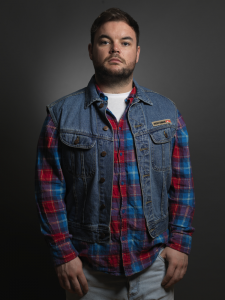 Fresh from supporting Rob Beckett on his sold out UK tour, Lloyd Griffith ‘the next big thing’ (FHM) debuts his hotly anticipated solo stand up show. Not only is Lloyd a comedian but he’s also a professional choirboy and a good looking man but don’t take his work for it, ‘It’s clear from outset that Griffith has star quality. His stories are told with a certain brand of self-deprecating confidence that mean you can’t help but laugh out loud along with him. Intensely likeable, Griffith has a twinkle in his eye and the best voice I’ve ever heard’ (Three Weeks). This show will be good fun. Jokes. Songs. Stuff. Come along and bring your family.