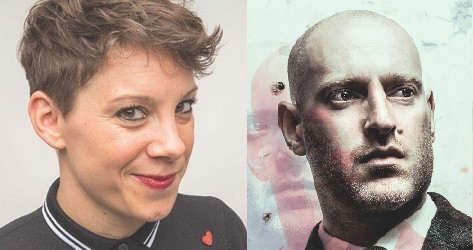 If you don’t have anxiety, I don’t think you’re concentrating! Suzi is worried about everything – from someone breaking into her flat, to human rights across the globe, to her cat’s quality of life – and it’s keeping her awake. Following last year’s critically acclaimed, sell-out run, this show is not to be missed. ‘Excellent hour of stand-up’ **** (Sunday Times). ‘Emerging star’ **** (Scotsman). ‘Flawless stand-up machine’ (List).

Henry found himself in a Travelodge, lunching on a can of John West Mediterranean Style Tuna Salad. A can of salad. His hopes were not high and yet, as he peeled back the lid, the unspeakable smell that hit his face, made him question two things, 1: the wisdom of buying lunch from a vending machine and 2: whether life was all it was cracked up to be. A show about expectation meeting reality, and it making you want to gag. ‘Scales impressive comedy peaks throughout this entertainingly twisty solo hour’ **** (Guardian).