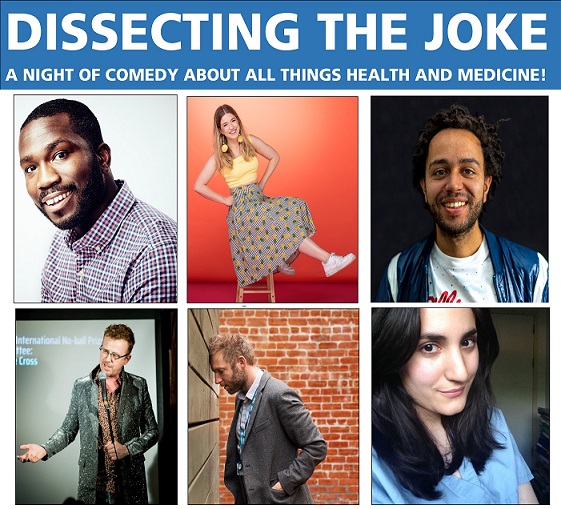 Kwame is a comedy writer and performer, who works as a Junior Doctor in the NHS.

Steve is a geek comedian, presenter and producer. He is the founder of Science Showoff, Museums Showoff and Bright Club.

Benji is a northern psychiatrist struggling to adjust to  life in London. When he moved to the capital 4 years ago, instead of   turning to conventional therapy he started writing jokes

So You Think You Are Funny – Finalist

Jenan is a comedian and surgeon.