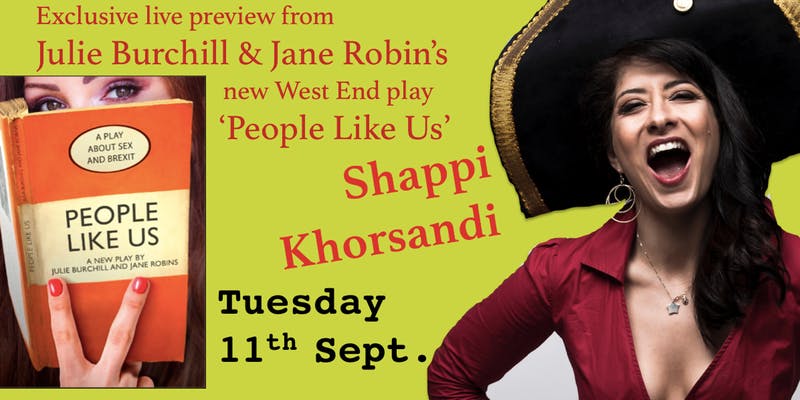 Julie Burchill and Jane Robin’s hilarious play about sex and Brexit is about to hit the West End. Come and see an exclusive live preview of a scene on the chattering classes and their response to Brexit.

More acts to be announced