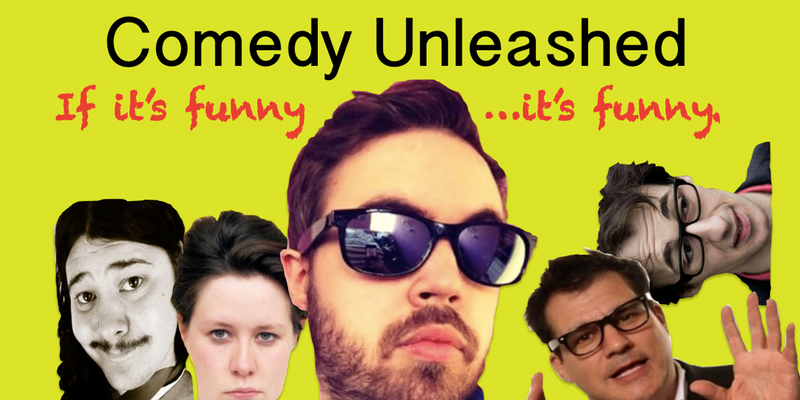 London’s free-thinking comedy club. An antidote to orthodoxy and groupthink.

An advocate of free speech and “ a sparky cynicism that engages while maintaining an edge to his well-crafted jokes, delivered with certainty, earmarking him as a future success” – Chortle

“Well worth looking out for” – Jason Manford

“Ginsberg has a jaundiced view of life. If his material is occasionally dark, much of it is beautifully conceived, his neuroses and unfortunate circumstances affording him an original perspective.” Jay Richardson, WoW

Regional Finalist in the 2018 Funny Women Awards, she’s just made the final of the Leicester Square New Comedian of the Year Awards and has featured on both Channel 4 (Random Acts) and BBC Radio 4 Extra.

“I won’t f**k you. But you were very funny. I genuinely loved the night. Amazing.” Kate Copstick, comedy reviewer at the Scotsman Newspaper, 2017)