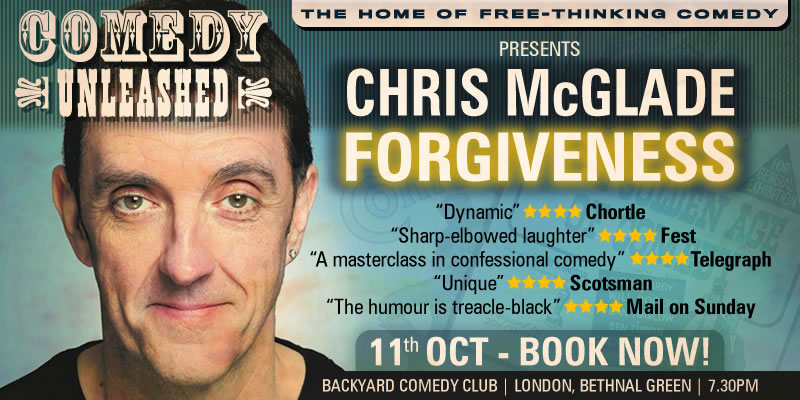 Cutting his teeth in the North East’s resolute working men’s clubs, Middlesbrough native Chris McGlade brings his show ‘Forgiveness’ to Comedy Unleashed, following a series of impressive performances at the 2019 Edinburgh Festival Fringe and being cancelled from his London shows for using “Un-PC language”.

‘Forgiveness’ is a fiercely powerful show about a brutally shocking story; Chris’ father was murdered in 2011. How do you forgive your father’s murderer? Only Chris knows… Inspiring uproarious laughter, tears of sincerity and standing ovations, Chris’ conscientious comedy and cutting-edge poetry makes for a truly unforgettable show. Speaking on Forgiveness, Chris says:” This is my father’s legacy. He was a funny, bighearted, inclusive, tolerant, forgiving man. Humour, passion, inclusivity, tolerance and forgiveness are things I feel the world could do with a little more of today, peace.”