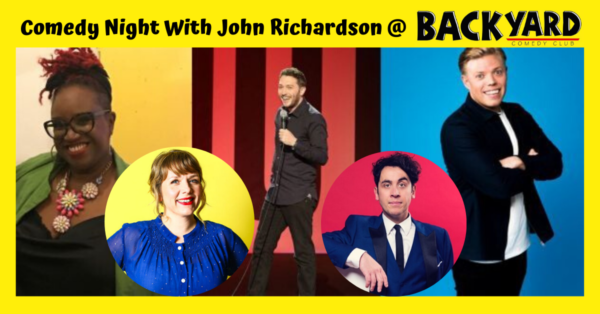 Join Jon Richardson and a bunch of his comedian friends for a one-night-only stand up gig to raise money for Haven House Children’s Hospice.

Jon is a regular Have I Got News For You panellist, star of Live At The Apollo, team member of Channel 4’s Stand Up For The Week and currently, Jon is team captain on the words and numbers game, 8 Out of 10 Cats Does Countdown.

“Sublimely brilliant, stunning… he is a comic right on the verge of greatness. If you haven’t seen him yet get your finger out and sort it” – Time Out

Joining him will be cheeky chappy Rob Beckett (Channel 4’s 8 Out Of 10 Cats, BBC Two’s Mock The Week, Live At The Apollo, Would I Lie To You, ITV’s Play To The Whistle) and one of the UK’s hottest comedians Ninia Benjamin (Edinburgh Festival and one third of BBC3′s 3 Non-Blondes).