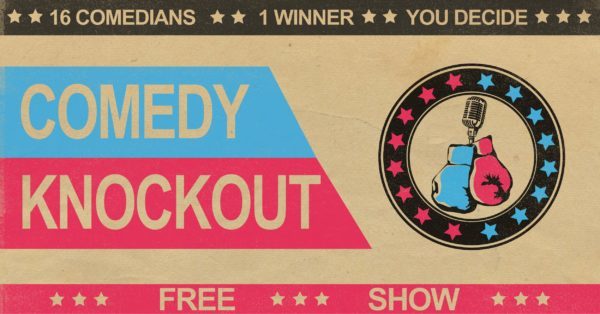 Join us for the launch of a BRAND NEW concept show (being trialed for TV) where you the audience decide which comedians get their chance to be the next big thing!

Comedy Knockout is a comedy competition where new acts battle it out for a coveted weekend spot at the Backyard Comedy Club where they’ll get to perform alongside some the countries top comedians. 16 people go head to head with their best comedy matierial – then YOU VOTE who goes through to the next round where we’ll be left the final 4. The finalists will then give you more of the funny before the final vote where the audience crowns the winner!

The rumble in the concrete jungle will be on May 19th. Entry is FREE if you book tickets in advance and turn up on the day before 7:15pm, otherwise there will be a £3 charge.