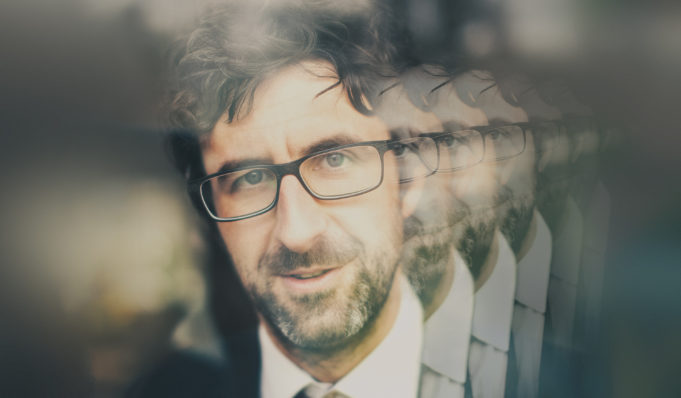 MARK WATSON
Novelist, star of Taskmaster and one of the UK’s most beloved stand-ups. Renowned for his exhaustive Edinburgh Fringe (and, latterly, Comic Relief) shows that exceeded 24-hours, stretched the boundaries of comedy and received a host of industry awards.
“Hugely entertaining, craftsmanlike, remarkable” – The Telegraph
“Mark Watson is a prodigy” – The Guardian
“Unstoppably funny” – The Times
“Belly laugh brilliant … the audience was weeping with laughter” – Time Out

LOU SANDERS
As seen on 8 out of 10 Cats Does Countdown, Alan Davies: As Yet Untitled, The Russell Howard Hour and more. Named among the top comics to watch by Vogue, Elle, The Times, The Guardian, The Independent and Time Out.
“Thank the Gods of comedy” – Chortle
“Outrageous and sassy” – The Times
“One of the best innovators in comedy” – Fest
“When Lou rips a room into hysteria, she really rips it hard” – The Sun

DANE BAPTISTE
Writer and star of his own BBC sitcom, Sunny D. As seen on Live at the Apollo, 8 out of 10 Cats, Mock the Week, Live from the BBC, Tonight at the London Palladium and more.
“Observational comedy at its finest” – The Independent
“A thunderingly charismatic comic” – The Guardian
“Baptiste is a comical genius” – Edinburgh Festivals Magazine
“Outstanding” – The Scotsman

TIERNAN DOUIEB
Creator and host of the Partly Political Broadcast podcast, tour support for Frankie Boyle and actor in Fresh Meat. Also co-runs Comedy 4 Kids across the UK, curated the world’s first ever Twitter Comedy Club and, in 2015, had his back shaved by Gillian Anderson, as part of Mark Watson’s 27 Hour Show for Comic Relief.
“A perennial contender for the title of most affable person in comedy” – The Scotsman
“Opinionated yet likeable” – The Guardian
“Gets the juxtaposition between heavy context and winning punchlines right when it is most needed” – Festmag
“Very funny … fiercely political” – Time Out

PHIL WANG
An internationally-acclaimed live act, Phil has written and performed four solo stand-up shows as well as international performances at festivals including Montreal Just for Laughs Festival, Melbourne International Comedy Festival and the New Zealand Comedy Festival. His latest critically-acclaimed live show, Kinabalu, sold out at the Edinburgh Festival in 2017 and his subsequent national tour was extended through 2018 and included four weeks at London’s Soho Theatre.

Fern Brady is a Scottish stand-up comedian and writer. She reached the finals of “So You Think You’re Funny” at the 2011 Edinburgh Fringe, where she was placed joint third, the finals of the Piccadilly Comedy Club new act competition in 2012 and the Hackney Empire New Act of the Year in 2013. Former comedy reviewer Fern Brady first tried stand up after the magazine she worked for suggested she write an article where she ‘faked it’ as a comedian. She enjoyed it so much that one year on, she embarked on a career as a stand-up.

PLUS!
Choose Love shop!
A raffle (with surprisingly good prizes!)

Line-up is subject to change. Tickets are non-transferable and non-refundable.