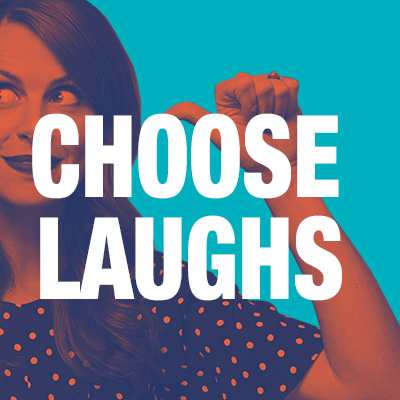 TIM KEY
Poet, Edinburgh Comedy Award winner, star of Taskmaster, Peep Show, Detectorists, Inside No. 9, Charlie Brooker’s Screenwipe and more – not to mention his role as ‘Sidekick Simon’ in This Time With Alan Partridge, Mid Morning Matters and Alpha Papa – Tim Key is swiftly becoming a national treasure of British comedy.
“He is a genius, plain and simple” – Time Out
“Flabbergastingly funny … I have never enjoyed myself in a comedy show more” – The Times
“Key has a style all of his own, and he’s in thrilling command of it” – The Guardian

AISLING BEA
Actor (Dead Boss, Cardinal Burns, Trollied), writer and stand-up supremo (the first female winner of So You Think You’re Funny in two decades, in 2012, and an Edinburgh Newcomer nominee a year later), Aisling has also appeared on Taskmaster, The Great Celebrity Bake Off, Would I Lie To You? Sunday Brunch, and was the first female team captain on 8 out of 10 Cats.
“An energetic storyteller with bass-notes of clownish goofiness” – The Guardian
“Unstoppable confidence” – Evening Standard
“The efficiency and versatility of the single interjection: ‘Such my dick!’ … will only boost her every-growing US career.” – Chortle

ELLIE TAYLOR
Comedian, actor and self-professed “Steve Tyler lookalike”, Ellie is star of BBC Two’s The Mash Report and ITV2’s Plebs, having previously appeared on QI, Mock the Week, 8 out of 10 Cats, Live at the Apollo and Would I Lie To You?
“Charismatic, personable and bright” – Chortle
“Radiates natural charisma … blessed with great flair” – The Guardian
“Snappy, relatable and downright funny” – Broadway Baby

SPENCER JONES
Creator of CBBC’s Big Babies, a regular on Shakespearian sitcom, Upstart Crow, and the warped mind behind his on-stage alter ego, The Herbert – “a grinning cockney prat.” Nominated for the Edinburgh Comedy Award in 2017, he is also the lead actor in BBC sitcom, Mister Winner, out later this year.
“The nicest, funniest, silliest, most heart-warming hour you can have” – The Scotsman
“Brilliantly creative prop work … could single-handedly give prop comedy a good name following a generation of hacks” – Chortle
“Gleefully madcap comedy” – The Guardian

BRETT GOLDSTEIN
Stand-up’s answer to Mark Kermode, Brett Goldstein is creator and host of the Films To Be Buried With. He also wrote and starred in SuperBob, and previously co-starred in Derek, Uncle, Drifters and Doctor Who.
“A performance dynamo, with punchily amusing material to match” – Chortle
“Actual jokes built on a nicely skewed sense of humour” – The Stage
“An unquestionably gifted stand-up” – The Scotsman

TWAYNA MAYNE
Lauded as “a black female Jack Dee”, Twayna pairs her signature downbeat style with deliciously honest material. She was a Leicester Mercury Comedian of the Year nominee in 2016, and was among the runners up for the prestigious New Acts of the Year Show (NATYS) award in 2014.
“Superb deadpan wit” – Time Out
“A stand-out act with bags of potential” – The Stage
“A delightfully downbeat stand up” – Chortle

ABIGOLIAH SCHAMAUN (MC)
An ex-New Yorker/yogi living in London, Abigoliah Schamaun is, by her own admission, “frank, funny, and unapologetic.” Named among The List‘s ‘Top 5 Up and Coming Female Comedians’, she was nominated for the Malcom Hardee Cunning Stunt Award in 2016, having purchased a vast amount of advertising space, then plastering it with critic-baiting fake reviews.
“A foul-mouthed sweetheart, aggressively feminine, endearingly butch and curiously disturbed” – The Skinny
“Her cheeky honesty is completely disarming and delightful” – Chortle
“Sassy stories delivered with attitude” – The Wee Review

Line-up is subject to availability. We reserve the right to add, withdraw or substitute acts at any time and if there is a change of act (headline act or supporting act), sadly no refunds are due.