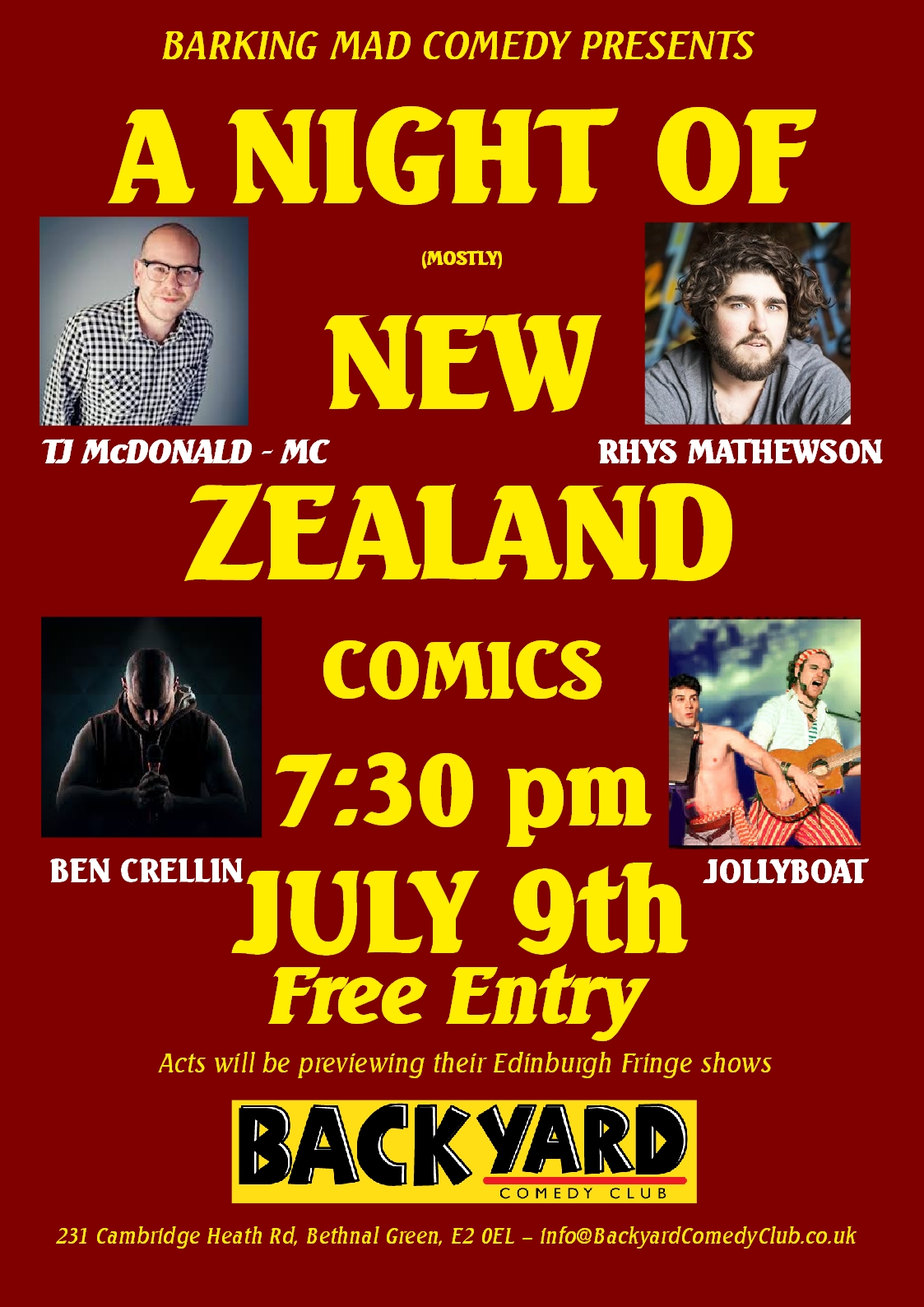 Doors are open from 6pm and the show starts at 7:30pm. The evening is a free
to get in event and there is food available at the bar.

More information about the acts can be found at www.barkingmadcomedy.com
and a brief summary of each act is as follows:

Rhys Mathewson won the Billy T Award in 2010 and has recently been seen in
NZ on TVNZ’s “Best Bits”. Rhys will be showcasing his new NZ Festival hit
show “Homre Lobo”

Jollyboat are a wonderfully irreverent, musical duo who will round off the
evening. Their light hearted, high energy silliness received 5* reviews at
the Edinburgh Fringe in 2011 and they were also recommended by The
Independent as one of the best acts on the Free Fringe