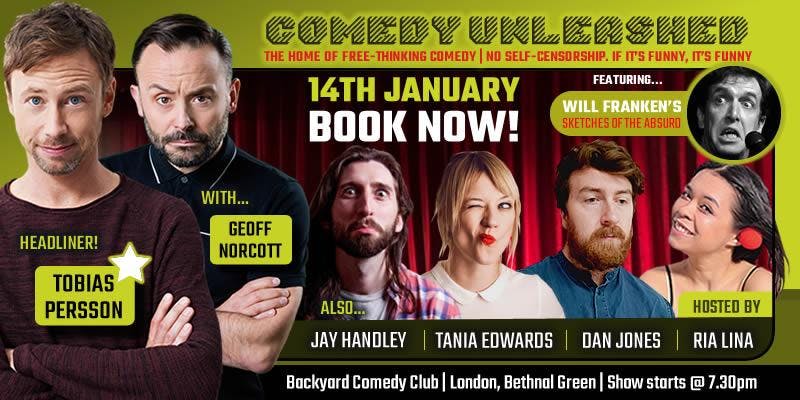 “Swedish comedian, Tobias Persson, jokes about political correctness and collective European guilt. It’s a subject that most comedians don’t touch in Sweden, or in the UK for that matter.”

Fresh from his UK tour ‘Taking Liberties’, Geoff will be trying out new material with his favourite audience in the UK (he has said this, honestly).

Jay was last with us for his ‘White Jesus’ one-hour special. He’s bringing new material for the new year.

Sketches of the Absurd

Hosted by our very own Ria Lina

(Who needs no introduction, you know how great she is)