The Best of Irish Comedy 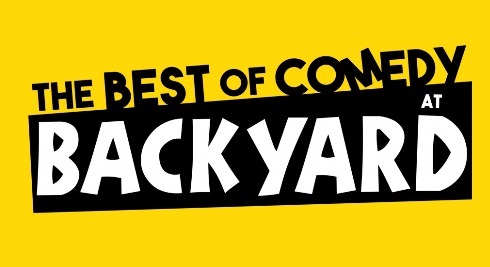 The launch night of ‘The Best Of Comedy at Backyard’ comes to East London in November, we hope to bring you the top talent suiting a different theme each month. To begin, we present the Best of Irish Comedy.
FEATURING:

Peter Flanagan: Peter Flanagan is an Irish comic and writer living in London. He has performed at clubs, festivals and competition finals all over Ireland, the UK and Australia, including the Vodafone Comedy Carnival and Vodafone Comedy Festival, and the Edinburgh Fringe.
“Been rocking Dublin audiences for the past few years. If you like one-liners, this guy is for you.” – Aidan Bishop, the International Comedy Club Dublin.

Chris Kent: Chris Kent used to be an electrician, but he was far too bright a spark to just be a sparky. Having shared the stage with the likes of Dylan Moran, David O’Doherty, PJ Gallagher and Neil Delamare, the Cork-born stand-up is well en-route to becoming a household name himself. In 2013, Hot Press named him as one of the ‘Top Five Irish Comedians’.  A gifted storyteller, his sets usually centre on mishaps and misunderstandings…frequently with himself as the butt of the joke. His festival appearances include the Edinburgh Fringe, The Cat Laughs, Electric Picnic and The Vodafone Comedy Festival. His TV CV includes RTE’s Next Year’s News and The Craig Doyle Show.
Compelling storyteller, truly surprising, beautifully delivered – The Scotsman

Duane Doogan: Duane has quickly become a regular at clubs around Ireland as well as co-founding and hosting the popular Cherry Comedy in Dublin before relocating to London earlier this year.

He’s performed on festival bills across the country having appeared at the Vodafone Comedy Festival as well as Longitude Festival, Cork Comedy Festival and more. He also wrote for & appeared on the seventh season of RTÉ’s Republic of Telly.

“Glowing example of where Irish comedy is going” – Visit Dublin