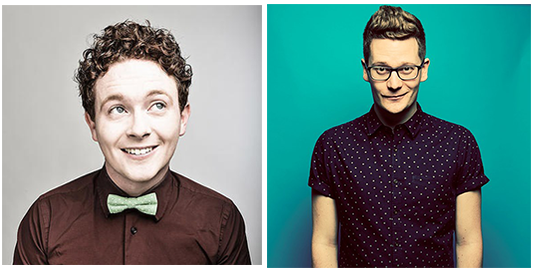 Join comedians, Stephen Bailey and Robin Morgan as they present to the WORLD (London) a preview of their shows in preparation for the World famous Edinburgh Fringe

Stephen just wants us all to start speaking to each other again – and perhaps along the way steal Cheryl’s crown. Come see this highly anticipated follow up show from everyone’s gay best friend (The Reviews Hub) from Celebrity Big Brother’s Bit on the Side and most recently seen supporting Katherine Ryan on her UK tour

All Robin hoped was that she’d say yes. That didn’t happen. Debut hour from the writer of Have I Got News For You (BBC One), The News Quiz (BBC R4) and The Now Show (BBC R4).