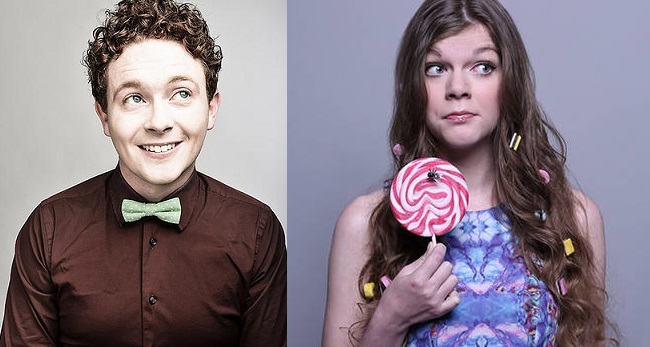 STEPHEN BAILEY
From ITV 2’s Safeword, C5’s Celebrity Big Brother’s Bit on the SIde & It’s Not Me, It’s You and W’s Celebrity Advice Bureau, “guilty pleasure” (Daily Record), Stephen Bailey will try out his new show STEPHEN BAILEY: PRAY THE GAY AWAY, an a-z index of exes, bad dates and aubergine emojis

LAUREN PATTISON
One of the brightest young talents on the comedy scene who is beginning to make her presence known across the country, Lauren is a fresh and fierce female voice and preparing to take her debut solo-hour to the Edinburgh Fringe. Finishing runner-up in 2014’s Funny Women, she went on to make the finals of every major comedy competition, including the prestigious BBC New Comedy Award in 2016 and the NATYs in 2017, proving herself to be a force to be reckoned with. Fresh from performing at both Leeds and Latitude Festival and supporting the likes of Katherine Ryan, Kerry Godliman and Dane Baptiste on tour, this baby faced comic is one to watch out for. ‘star of the future … Lauren Pattison looks set for fame’ – The List

Come join us, laugh, dry-Jan is over and it’s FREE. We may ask for a donation at the end if the new shows aren’t too bad…