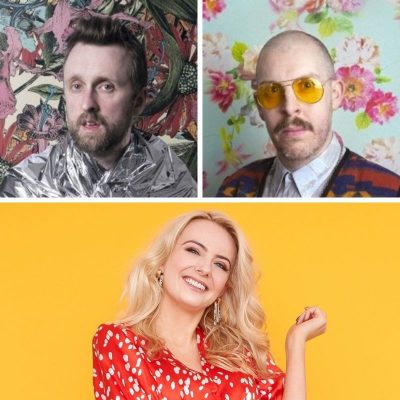 For the incredible price of just £3 and a collection bucket on the door you can see Carl Donnelly, Matt Winning and Steff Todd perform their brand new shows before taking them to the Fringe.

Carl Donnelly: Shall We All Just Kill Ourselves?

Double Edinburgh Comedy Award nominee Carl Donnelly (‘Observational genius’ (Guardian)) returns with a new show about how difficult it is to be a good person in the modern age. Having travelled the world and tried every self-help technique there is, Carl is now questioning the point of it all and is contemplating starting a death cult! Come along if you want to join him.

‘Donnelly’s natural conversant style is powerful visually and transcends even the most unrelateable experiences’ (Skinny).

Matt Winning: It’s the End of the World as We Know It

(And I feel fine (but not all the time)). A storytelling lecture about how we cope with climate change from the ‘attractively impish’ (Guardian) Dr Matt Winning. As seen as the Environmental Correspondent on Unspun with Matt Forde on Dave, BBC Three and BBC Radio 2.

‘Everything a Fringe show should be: hilarious, personal, inventive, and something that will stay with you for some time to come’ ***** (EdFestMag.com). ‘Winning’s sharp wit and intelligence allows him to educate as he entertains’ ****½ (Sunday Post).

Award-winning comedian, impressionist and internet sensation Steff Todd presents her debut solo show. Hailing from Yorkshire, Steff has gained worldwide attention with her viral impressions of stars ranging from the Kardashians, Love Island, The X Factor and many more, making her one of the hottest emerging talents in comedy. Join her for her debut hour of hilarious stand-up, razor-sharp one-liners and amazing celebrity impressions. Steff has appeared on The Dog Ate My Homework (CBBC) and has recently supported Iain Stirling, Sara Pascoe and Rob Delaney.