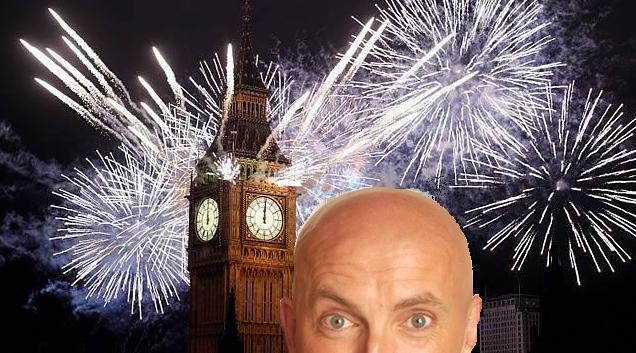 This New Year’s Eve we are once again going to see in the year with lots of big laughs and a floor-burning boogie.

Lee Hurst will be seeing in the New Year in the best way possible, here at his own comedic home, hosting a bumper comedy show with three of his top favourite comics from the comedy circuit. After that we will all get our dancing shoes on for a grand cheesy disco and celebrate together as we cheer in the start of a fantastic New Year.

Backyard’s very own big hitting host will be ensuring that we have the best NYE comedy event in London, as usual. Having made his name on TV in the 90s, he now tours nationally, regularly playing to big audiences who leave with big smiles on their faces.

As seen on TV’s 8 Out Of 10 Cats Does Countdown and as Sarah Millican’s tour support.

Come and join us all here at The Backyard, as we start 2016 with a bang!