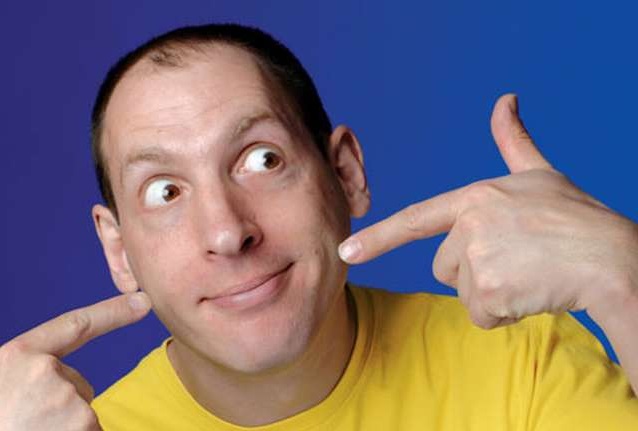 Ricky Gervais says Adam Bloom has been one of his favourite comedians for years: ‘…Bloom not only has meticulous, brilliant lines, but also an intense and fragile honesty.’

Now think of YOUR current favourite comedians. When they need a killer punchline, the likelihood is that at least one of them reaches out for Adam’s input. Amongst many of the most well known comics out there (and less well known ones too), Adam is the go to guy when jokes need to be improved. Spend a moment in his company and you’ll quickly understand why.

Adam’s first Namedroppers interview was such a rush that we had to do it again. 23 years into his career, he remains amongst the most exciting and original thinkers in British comedy.