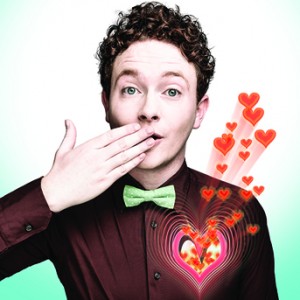 Join Stephen Bailey, as seen on Celebrity Big Brother’s Bit on the Side, for a sneak peak of his hotly anticipated debut hour.

Stephen is currently making noise on the comedy circuit by being fun, charming and sassy. A skilled improviser, Stephen is ‘warm and affectionate yet no less biting in its wit’ (The Gay UK) and is known for mixing up his material covering everything from celeb antics, to his relationships with those in his life and often adds some local flavour.

He is quickly establishing himself as a solid warm up artist who is ‘Truly Unique’ (Jane McDonald, Loose Women); having warmed up for ITV (Loose Women & Let’s Lunch with Gino and Mel) and BBC3.

This year, Stephen performed to a sold-out crowd in the West End at the Wyndham Theatre for Stand-up for Shelter along with the likes of Stewart Lee, Richard Herring and Sean Hughes and is taking his debut solo hour to the Edinburgh Fringe this August; so keep an eye out for Stephen Bailey: NEON HEART 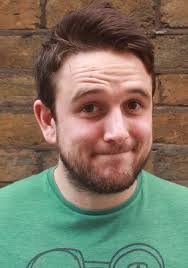 Due to an inability to think before he acts, James has lived a somewhat ludicrous life, getting himself into scenarios too ridiculous to seem true but amazingly they are. In his first ever hour long show James plans to share his most hilarious and outlandish stories and make you laugh, whether you believe him or not.
‘He had the rest of us in stitches throughout a polished yet ever-evolving act, with asides and quips just as strong his actual jokes’ **** (Skinny).
**** (EdFringeReview.com).
‘Witty self-deprecation and perfect timing’ (ThreeWeeks).