Join us once a month as Duck Duck Goose brings you Britain’s finest improv comedy teams who’ll create hilarious scenes, stories and sketches on the spot. Nothing is prepared! Everything is improvised! Solid gold entertainment is guaranteed! 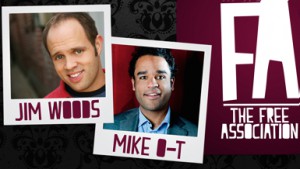 Jim Woods and Mike OT are a comedy duo born to make you laugh. Having cut their improv teeth in the States at Comedy Sportz (Jim was soon in an IO Chicago house team; Mike co-founded Ultimate Improv at The Space), they then moved to Amsterdam, Holland and the world-famous Boom Chicago Theatre. They’ve now hit London running, setting up the instantly successful Free Association improvisation company where they coach teams and put on shows at COG ARTSpace in Haggerston. They will make you laugh. A lot. 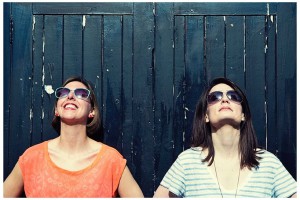 Breaking & Entering are Lauren Shearing (Monkey Toast, News Revue), and Maria Peters (“Left me helpless with laughter,” Fringe Guru). Most recently Londonist.com’s Pick Of The Camden Fringe 2015, they regularly perform their hilarious character-rich comedy improv across the UK. Having trained together at iO Chicago, Breaking & Entering take your suggestions and turn them into brilliantly sharp, warm, witty – and always unique – stories and characters. Not to be missed!

DO NOT ADJUST YOUR STAGE 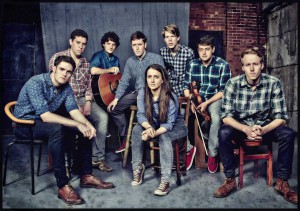 Trained by some of the world’s best improvisers, DNAYS have performed to rave reviews, all across London and worldwide. Inspired by audience stories, they create spontaneous comedy theatre, which is rich, funny and heartfelt. In 2014 and 2015, they performed to sell-out crowds at the legendary Upright Citizens Brigade Theatre, as part of the Del Close Marathon.
+ Google Calendar+ iCal Export
Buy Tickets