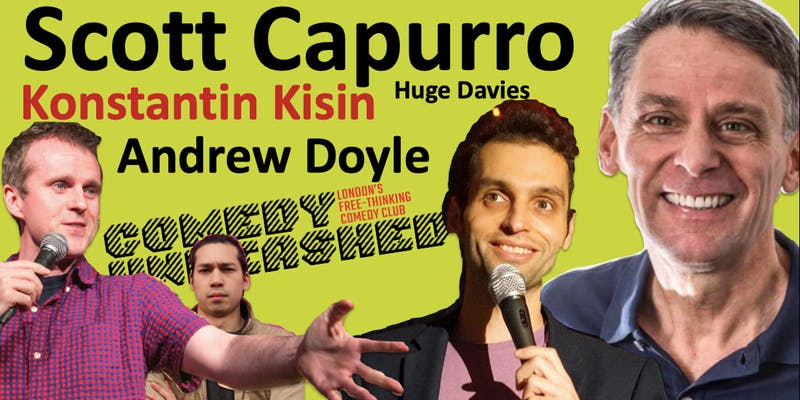 GET 50% OFF TICKETS – USE CODE ‘WINTER’ AT THE CHECKOUT

“Arch and acidic in his baiting of audience sensibilities” Chortle

“Only in a Capurro gig do you realise how childish and tame all the other supposedly transgressive stand-ups on the circuit really are. Some of his remarks, about the Qur’an in particular, do seem inadvisably brave. And yet he is no bigot.” Guardian

Co-writer of Jonathan Pie and co-founder of Comedy Unleashed.

Konstantin caused a media storm when he refused to sign a university ‘behavioural agreement’ banning his from any jokes which could be considered ‘trans / xeno / homo / islamo / whatever phobic’.

At Comedy Unleashed, he can say what he likes. If it’s funny, it’s funny. You be the judge.