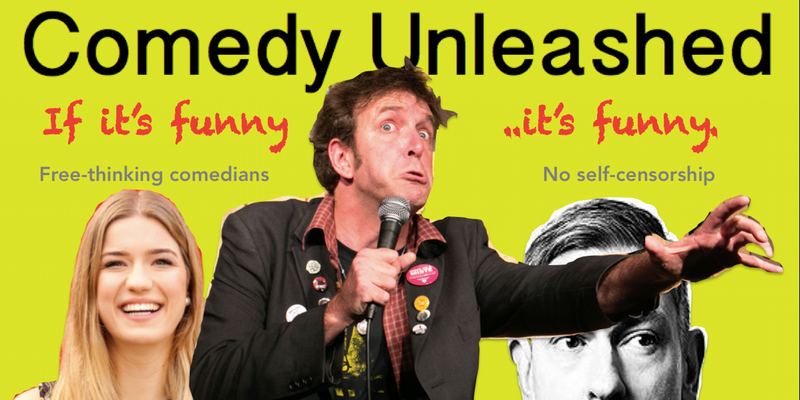 WILL FRANKEN“What elevates Mr. Franken above your garden-variety comedian is an erudite wit and a highly developed sense of the absurd “New York Times“A meditation on the limits of tolerance and a powerful declaration of the primacy of freedom of expression.” The Scotsman Will FrankenDAMIAN KINGSLEY“The dialogue and the writing is pithy and realistic .. Kingsley is verbose and eloquent with intelligent punch lines.” One4review, Edinburgh Fringe 2017 Damian Kingsley“Kingsley made us roar with his witty routines about life, love and general embarrassment, throwing in a few brilliant metaphors and mixing them through his intelligent comedy. ” Broadway Baby, Edinburgh Fringe 2012PLUS UP-AND-COMING COMEDIANS:OLGA KOCH Finalist: Amused Moose National New Comic Award 2017Finalist: Leicester Square New Comedian of the Year 2016“I would expect to see her make inroads into the comedy scene fairly quickly” – ChortleJOLEED FARAH
Follow us on Facebook https://www.facebook.com/ComedyUnleashed/
And Twitter https://twitter.com/UnleashedComedy
+ Google Calendar+ iCal Export