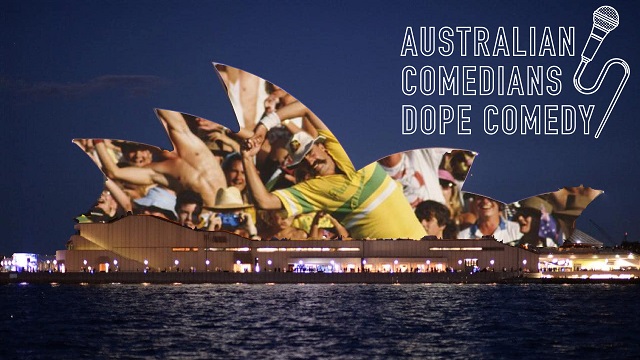 AC/DC: Australian Comedians / Dope Comedy is BACK in 2019! We’ve got some fresh faces, the absolute best Australian comedians in the UK – and the occasional Kiwi. What more do you want on a Sunday night? 3 great comedians all for £10 at East London’s premiere comedy venue, the Backyard Comedy Club in Bethnal Green.

Alice Fraser is making huge waves in the UK and Australia. With her podcast ‘The Trilogy’ a live recording of her past 3 festival shows being named one of the Top 10 Australian podcasts in Australia. She’s also heard regularly on The Bugle, in addition to her own podcast Tea with Alice. She’s garnered 5 star reviews for her festival shows around the world and we’re lucky to have her at ACDC for the first time!

Ro Campbell is Australian, but also managed to be Scottish Comedian of the Year in 2010. He’s a properly international comedian having headlined shows in the UK, Europe, Canada, Australia and Asia. He’s been tour support for Tom Stade, Russell Kane & Kevin Bridges. A man in demand, come find out why.

MORE TO BE ANNOUNCED

Resident host Daniel Muggleton is there holding everything together, as a true blue Australian bloke with a heat of gold. Get in early to score a seat and remember tickets are £15 on the door so you save a fortune booking online!